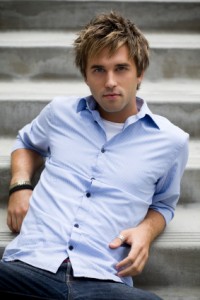 A Bi-Curious Guy’s Introduction To Gay and Bisexual Dating

At 19 I had a girlfriend and we were happy together. However, there was something inside me that made me unsure about if I wanted to be with a girl or a guy. We had a good relationship and sex was fine but it didn’t have that edge to it that I may have got with a guy. I had this thought, and gay sex with a guy was something that just kept bugging me. I couldn’t stop thinking about it but there was nowhere to go to get it.

Being curious about a lot of things in life, I always look in books, magazines, encyclopaedia’s and the internet. It seemed natural that the internet would have the answers about what it means to be bi-curious’. So, I hit the forums and found a link to Men Nation which I browsed for free and found some really hot guys.There were members on there who were sharing their experiences and feelings about it. It all made sense to me and I knew the answers to some questions I had been worrying about.

My main question was whether I was gay. I thought that I couldn’t be gay because I did like girls, but that made me even more confused because I liked guys too. I could sort of say that I was curious about sex with a guy to see how it felt. My preferred method of sex was definitely with girls but the ‘curious’ part of me wanted to experience sex with a guy.

I went back to another counselor who told me that it wasn’t wrong to experiment while I made up my mind. That gave me permission to go looking for a guy to try it out with. I went to Men Nation in a bid to locate someone in my area who might be feeling the same sort of curiosity.

My words of advice would be that if you are curious, it is good to experiment a little before you make a final choice. On the other hand, there are men and women out there who really don’t have a preference for being straight or gay. Sometimes it’s just about the person you fall in love with or are dating.